Malta’s Grand Harbour, the ‘canal’ between Valletta and the three cities, has witnessed many events which have shaped Malta over the years. It is also the “playing field” for Malta’s oldest team sport: rowing, practised on traditional custom-made wooden boats which are rowed using the traditional Venetian, Veneto and gig-rowing style.

It is this ‘Grand Harbour canal’ which provides, to this day, the unique natural racecourse for the two main Maltese National Regattas normally held annually in the afternoon of two Maltese National Days: The 8th of September (a national day which commemorates the end of the Great Siege between Malta and the Ottoman Empire with a victory on the Malta side on 8th September 1565, a regatta which is locally referred to as ‘Ir-Regatta Nazzjonali tal-Vitorja’) and the 31st of March (‘Ir–Regatta ta’ Jum il-Helsien‘).

Whilst no one can say for certain when the first such traditional “Regatta” race was held, historical records seem to indicate that regattas were actually conceived as part of celebrations related to local parish feasts where the competitors rowed regular work boats (Serracino, 2004), a tradition which survived and only slightly evolved since the sixteenth century.

Siggiewi Rowing Club, formally established in 2016, is the “youngest” member of the family of participants in these National Regattas, where it competes against the much older seven other local “regatta” clubs Bormla (Cospicua), Birgu (Vittoriosa), Isla (Senglea), Marsamxett (Valletta), Kalkara, Marsa and Birzebbugia.

The Club made its first debut in the traditional rowing scene in the September 2021 Fun Races organised by Sport Malta as part of the European Week of Sports, with the first Crew to even hit the water being composed of Gilbert Grech (Poppier), Mark Schembri (Parasija), Joseph Grima (Irmiggier) and veteran rower Lino Fabri (Pruwier), rowing on the “Orange” Tal-Medalji boat appropriately names “Providenza”.

Obviously, before starting on-water rowing, athletes are asked to become familiar with rowing through on-land training which we offer. The transition from on-land to on-water, with the magic this brings with it, is normally something natural. Our experience has shown that once you start, it’s unlikely that you will turn back.

Our Club’s training sessions are held every Wednesday and Friday at 1500hrs, 1545hrs and 1630hrs, at SportMalta’s Ta’ Kandja facilities. 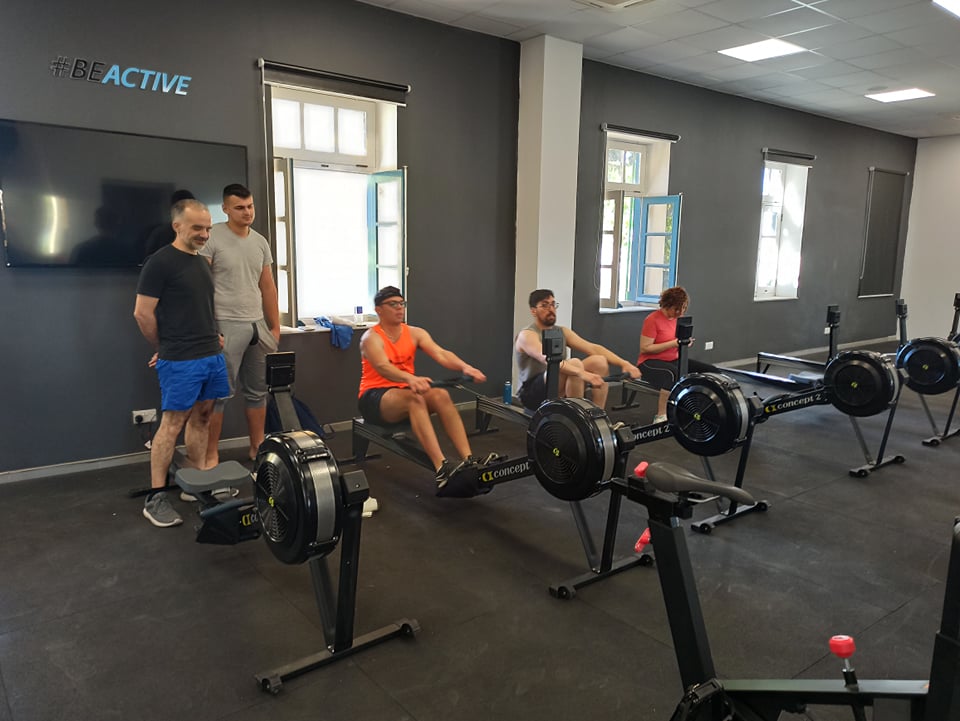